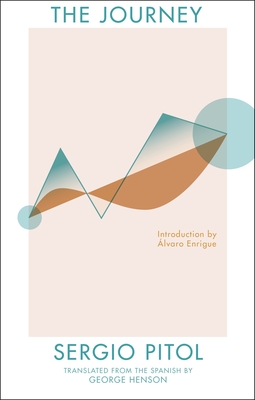 By Sergio Pitol, George Henson (Translator), Álvaro Enrigue (Introduction by)
$12.95
Special Order, May be Out of Print

The Journey is the second book in the Trilogy of Memory series by one of Mexico's premier writers. Luckily the books do not have to be read in order. We were fortuitously recommended this title by our store friend Professor Ignacio Prado Sanchez and I fell in love within the first pages. It reads as memoir or travel writing, however, the classification is fiction. This is an embrace of place, history, and ideas and their effect on the people who live within these worlds. The book is so alive you can feel the energy glimmer in your hands as you turn each page. It's influenced by Pitrol's travels around the former Soviet Union in 1986, and you will learn and experience so much!

"Reading Pitol, one has the impression of being before the greatest writer in the Spanish language in our time."-- Enrique Vila-Matas

The Journey features one of the world's master storytellers at work as he skillfully recounts two weeks of travel around the Soviet Union in 1986. From the first paragraph, Sergio Pitol dislocates the sense of reality, masterfully and playfully blurring the lines between fiction and fact.

This adventurous story, based on the author's own travel journals, parades through some of the territories that the author lived in and traveled through (Prague, the Caucasus, Moscow, Leningrad) as he reflects on the impact of Russia's sacred literary pantheon in his life and the power that literature holds over us all.

The Journey, the second work in Pitol's remarkable "Trilogy of Memory" (which Deep Vellum is publishing in its entirety), which won him the prestigious Cervantes Prize in 2005 and inspired the newest generation of Spanish-language writers, represents the perfect example of one of the world's greatest authors at the peak of his power.