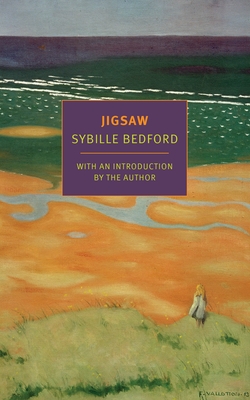 Shortlisted for the Booker Prize, Bedford's autobiographical novel paints a vivid picture of life in 1920s Europe between the wars.

Sybille Bedford placed the ambiguous and inescapable stuff of her own life at the center of her fiction, and in Jigsaw—her fourth and final novel, which was shortlisted for the 1989 Booker Prize—she did it with particular artistry. “What I had in mind,” she was later to say, “was to build a novel out of the events and people who had made up, and marked, my early youth...Truth here was an artistic, not moral, requirement...It involved...writing about myself, my feelings, my actions.” And so she assembled the puzzle pieces of her singular past into a picture of her “unsentimental education.” We learn of a childhood spent alone with her father, “a stranded man of the world” living a life of “ungenteel poverty in quite grand surroundings,” a château, that is, deep in the German countryside, with wine but little else for him and his young daughter to hold body and soul together. We learn of her return to Italy and her mother, “the one
character I wished to keep minor and knew all along that it could not be done,” and the dark secret consuming her mother’s life. Finally, she tells us how she lived with and learned from Aldous and Maria Huxley on the French Riviera, developing the sense of purpose and determination that made her the great writer she would become.

Sybille Bedford (1911–2006) was born Sybille von Schoenebeck in Charlottenburg, Germany, to an aristocratic German father and a partly Jewish, Hamburg-born mother. Raised variously in Germany, Italy, France, and England, she lived with her mother and Italian stepfather after her father’s death when she was seven, and was educated privately. Encouraged by Aldous Huxley, Bedford began writing fiction at the age of sixteen and went on to publish four novels, all influenced by her itinerant childhood among the European aristocracy: A Legacy, A Favourite of the Gods, A Compass Error, and Jigsaw (short-listed for the 1989 Booker Prize). She married Walter Bedford in 1935 and lived briefly in America during World War II, before returning to England. She was a prolific travel writer, the author of a two-volume biography of her friend Huxley, and a legal journalist, covering nearly one hundred trials. In 1981 she was awarded the Order of the British Empire.

“There will always be people for whom her books are part of their mind’s life, and people who are discovering her for the first time as if entering a lighted room.” —Victoria Glendinning, The Guardian

“To read Bedford’s work is to bask in the presence of someone at once German, French, and English—at the very least—who knew these countries from deep within herself and was able to enjoy their distinctions without ever belittling or simplifying them. If the word cosmopolitan had been coined with a particular literary figure in mind, it might have been Sybille Bedford.” —Sylvia Brownrigg, The Paris Review

“Bedford’s style: speed, omission, the sharp bite of event, without the tedious explanation. She won’t waste our time on what, she assumes, we already understand. That is one of the joys of reading her: she thinks we are as sophisticated as she is. Her writing is like the conversation of a clever, worldly friend who we wish would come by more often. Her sentences are frequently incomplete, her grammar non-standard, her chapter titles a brazen lie.” —Joan Acocella, The New Yorker